It's time for another great blog tour and today we are giving away! Captain Shelby by Jesse Giles Christiansen is out and one lucky reader will receive an ebook copy!! remember to leave your email. 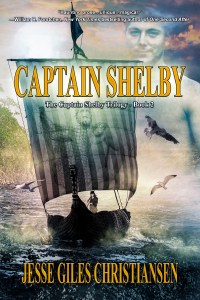 Publisher: Imajin Books (September 6, 2014)
E-Book File Size: 4730 KB
Print Length: 211 pages
ASIN: B00MYDITT0′
Trade Paperback (September 14, 2014)
ISBN: 978-1-77223-004-8
Synopsis
There are places even the sea cannot go…
In coastal Denmark, a young man named Nereus builds a longship and leaves at age eighteen to discover a new, enigmatic land. Faced with unimaginable obstacles, he crosses the North Atlantic, only to be captured by the Skraelings, the Inuit indigenous people who seek revenge on all settlers because of a “Great Red Man” who murdered many of their family members.
Many years later, Nereus is hired by a group of Irish settlers who are fleeing the tyranny of King Henry VIII, and he takes them across the North Atlantic to the Newfound Land. A fierce battle ensues against the sea, the Little Ice Age, and the vicious Skraelings.
When Nereus falls in love with Laura Hodges, fiancée to the group’s leader, William Brockelby, he becomes embroiled in a dangerous love triangle…until the formidable mystery surrounding Captain Nereus H. Shelby is finally revealed.
my review:
This is a great historical novel filled with suspense and murder! You will want to keep reading through the night. Jesse has brought the characters to life and they are strong and vibrant. The Plot is intriguing and captivating. 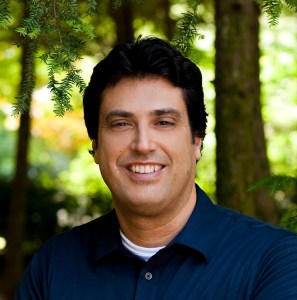 About This Author
Jesse Giles Christiansen is an American author who writes compelling literary fiction that weaves the real with the surreal. He attended Florida State University where he received his B.A. in English literature, and holds an M.A. in philosophy from Georgia State University. He is the author of Pelican Bay (book one in the Captain Shelby Series), an Amazon #1 list bestseller, outselling Old Man and the Sea by Hemingway. One of Christiansen’s literary goals is to write at least fifty novels, and he always reminds himself of something that Ray Bradbury once said: “You fail only if you stop writing.”
Author Links
Web Site: www.jessegileschristiansen.com
Blog: www.jgchristiansen.wordpress.com
Twitter:  https://twitter.com/JesseGilesChris
Facebook: http://www.facebook.com/jesse.gileschristiansen.7
Goodreads: http://www.goodreads.com/author/show/5261095.Jesse_Giles_Christiansen