It's time for another great book to be spotlighted.  Dust Bunnies and Dead Bodies will be the book you will not want to put down, Welcome Janis Thornton, so glad you can be here with us today!

I liked Dust Bunnies & Dead Bodies because it was a quirky and fun small town mystery… This mystery had a good story and very interesting plot twists, which made it an enjoyable read.
~Books-n-Kisses 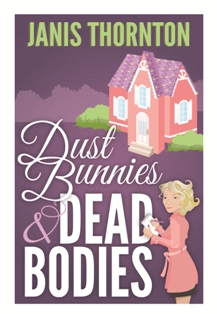 Publisher: Cup of Tea Books,
An Imprint of PageSpring Publishing (October 15, 2014)
E-Book File Size: 3659 KB
Print Length: 286 pages
ASIN: B00N34T6XM
Synopsis
When it comes to murder, forget the butler . . . it’s the housekeeper who knows where the bodies are buried.
Small-town newspaper editor Crystal Cropper never takes “no” for an answer, hates to be called a “senior citizen,” and uses the power of her pen to expose corruption in her small town.
Cleaning lady Gertie has a knack for sweeping skeletons out of closets—which makes her one of Crystal’s best informants. But Gertie’s latest hot tip has landed her in a coma, courtesy of an unknown assailant.
Now Crystal must follow the trail of dirt and gossip right to the doorsteps of several prominent local families to solve a decade-old murder and the disappearance of a young boy . . .
My Review:
This first is a new series and sure to hit your funny spot.  You meet Crystal and Gertie, Crystal likes solving old cases and will stop at nothing to bring the killer to justice. This mystery will have you in from the beginning and will keep you reading. The characters are fun and likeable and the story line is captivating and moving.
Meet the Dust Bunnies and Dead Bodies Cast

When the casting call for my first cozy mystery novel, Dust Bunnies and Dead Bodies, was sounded, I was fortunate that so many wonderful, capable characters answered.
I’d like to take this opportunity to introduce four of them … the stars.

Crystal Cropper
For the protagonist, I was looking for a Baby Boomer-aged, strong, independent woman, who was tenacious, smart, resourceful, charming (when it worked to her advantage), snarky (usually), and loyal to a fault. Naturally, I couldn’t cast myself, so I did the next best thing… Enter Crystal Cropper. Her resume boasts a few accomplishments I have only dreamed about—like acing her Ladies Kick-Ass Self-Defense course or working as a crime beat reporter for a major Southern California newspaper. She obviously has a knack for the written word and never hesitates to use the power of her pen to expose corruption in her tiny town. Oh, one other thing. If you value your life, never call her a “senior citizen” … Not. Ever.

Gertie Tyroo
Gertie Tyroo is one of those people you never really know. An octogenarian, she’s barely five foot tall, wears a leopard-print coat year-round, is never seen without her straw handbag clutched to her chest, and flies off the handle at the drop of a crumb—especially if it falls onto one of her freshly mopped floors. But there is another, deeper side to Gertie that even Crystal Cropper doesn’t know about. Yet. Even I am not at liberty to reveal too much about it, lest I want the men in black knocking on my door. And so, I’ll leave it at this: November 22, 1963. Dallas. Grassy Knoll.

Sheriff Verlin Wallace
Crystal’s prickly relationship with her life-long buddy, Verlin Wallace, started the instant they met in Mrs. Stroup’s kindergarten class at Elmwood Elementary more than 60 years ago. From day one, verbal sparring was how they communicated. Verlin is a career law enforcement officer, starting out as a deputy. He was elected to two terms as sheriff in the 1990s, and is currently in the middle of this third term. Verlin is Andy Taylor with a touch of Barney Fife. Despite his inordinate amount of puff and bluster, he is nonetheless well liked by Elm County folk. Verlin is good at his job, and few people know how much he actually detests performing criminal investigations. A confirmed bachelor, Verl doesn’t have the patience to put up with a
woman meddling in his day-to-day life; but if truth be told, there is one woman he’s always been partial to. He knows it’s crazy, but he harbors a speck of hope that in their old age, she’ll be partial to him too.

Kathryn Baxter
The beautiful and conniving Kathryn Lovejoy Kronkite Baxter was a widowed, disinherited, former private-duty nurse when she waltzed into the life of Elmwood High School football coach Jack Baxter in the spring of 1993, shortly after the death of his wife. Was it coincidence that only six months after Jack and Kathryn married, he suffered a massive, debilitating stroke, exactly as her previous husband had? The stroke left Jack a complete invalid, totally dependent on his over-protective, young wife. The stroke also left Kathryn free to pursue other interests, namely handsome younger men and possibly a key role in an illegal drug ring.

While space does not allow me to list them all, DB2’s supporting cast works hard to keep the story moving at a rapid pace, and the reader entertained and guessing to the very end. I think they do, but I’m prejudiced. I’ll leave the verdict up to you.

About This Author
Janis Thornton is a freelance writer, personal historian, and award-winning journalist. She is the author of two local history books, Images of America: Tipton County and Images of America: Frankfort. She is a member of Sisters in Crime, the Indiana Writers Center, Association of Personal Historians, and the Midwest Writers Workshop Planning Committee. She lives in a small, Indiana town not unlike Elmwood. Dust Bunnies and Dead Bodies is her debut novel. 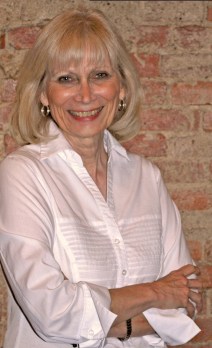 About This Author
Janis Thornton is a freelance writer, personal historian, and award-winning journalist. She is the author of two local history books, Images of America: Tipton County andImages of America: Frankfort. She is a member of Sisters in Crime, the Indiana Writers Center, Association of Personal Historians, and the Midwest Writers Workshop Planning Committee. She lives in a small Indiana town not unlike Elmwood. Dust Bunnies and Dead Bodies is her debut cozy mystery.