Happy Monday! This week's First in Series is Miss Julia Speaks her Mind by Ann B. Ross Released on August 22, 2000.


Miss Julia, a recently bereaved and newly wealthy widow, is only slightly bemused when one Hazel Marie Puckett appears at her door with a youngster in tow and unceremoniously announces that the child is the bastard son of Miss Julia's late husband. Suddenly, this longtime church member and pillar of her small Southern community finds herself in the center of an unseemly scandal-and the guardian of a wan nine-year-old whose mere presence turns her life upside down.

With razor-sharp wit and perfect "Steel Magnolia" poise, Miss Julia speaks her mind indeed-about a robbery, a kidnapping, and the other disgraceful events precipitated by her husband's death. Fast-paced and charming, with a sure sense of comic drama, a cast of crazy characters, and a strong Southern cadence, Miss Julia Speaks Her Mind will delight readers from first page to last. 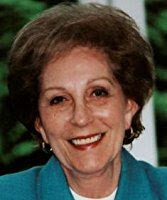 Ann's writing career began in the early eighties when two mysteries were published as original paperbacks: THE MURDER CURE and THE MURDER STROKE. A few years later, her first hardcover book was published: THE PILGRIMAGE, an adventure story set in the nineteenth century. All three books are now out of print, but occasionally a used copy of THE PILGRIMAGE appears on Amazon.com for sale.

The publication of the first Miss Julia book, MISS JULIA SPEAKS HER MIND in 1999, set Ann on a full-time writing career. This book went through six reprintings in less than a year, and was ranked #9 on the Independent Booksellers' seventy-six most highly recommended books for 1999. In addition, the book was named to the Barnes & Noble Discover Great New Writers list. The paperback edition of the same book was listed in The Best Books of the First Five Years by BookSense, as one of the titles independent booksellers most enjoyed handselling. The book was also published by Readers Digest Condensed Books, appearing in twelve foreign languages.


FInd out more about Ann and all of her books by visiting her website.