Happy Friday everyone! I am so delighted to have Annette Dashofy here today. Her new book in the Zoe Chambers Mystery series is out. If you haven't read this series add it to your list it is fantastic. Welcome Annette, always a pleasure to have you with us.

The action in Bridges Burned moves quickly, from the explosive beginning to the climactic ending.
~Jane Reads
…what a fantastic book…face paced…plenty of twists & turns, intrigue, romance, and humor…
~Tea and A Book 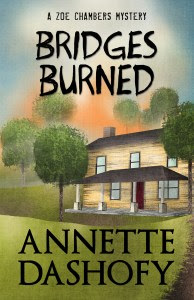 Synopsis
Paramedic Zoe Chambers is used to saving lives, but when she stops a man from running into a raging inferno in a futile attempt to rescue his wife, Zoe finds herself drawn to him, and even more so to his ten-year-old daughter. She invites them both to live at the farm while the grieving widower picks up the pieces of his life.
Vance Township Police Chief Pete Adams, of course, is not happy with this setup, especially when he finds evidence implicating Zoe’s new houseguest in murder times two. When Zoe ignores Pete’s dire warnings, she runs the very real chance of burning one too many bridges, losing everything—and everyone—she holds dear.
My review:
Zoe Chamber is back in the newest book by Annette Dashofy. When Zoe helps out a man who just lost his wife in a fire she maybe getting more trouble then she asked for. Police chief Adams isn't convinced that the fire was accidental as claimed and is fearful that Zoe maybe making a mistake that could end badly. I couldn't put this book down, the characters have taken a life of there own and the story is so intense it hooks you in from the start leaving you wanting more. I am eagerly waiting to see what Zoe will be up to next.
Guest Post:
Reality Seeds
I’ve decided the two most important words in a writer’s vocabulary must be “what if.”
Many of my story ideas start as news articles or reports. Sometimes they have their roots in family “stuff.” But reality is only the seed. The story sprouts when my mind starts spinning out “what if” scenarios.
I used two reality seeds in Bridges Burned. The opening scene with Chief Pete Adams playing referee between a man and his son-in-law battling over hedges separating their properties sprouted from long-ago bickering session between my dad and my cousin…over hedges.
In reality, it never escalated to anything near the threats and chainsaws you’ll read about in Chapter One or the family disintegration that occurs later in the book. It was just two hardheaded fools squabbling while the womenfolk stood back and rolled their eyes.
Reality can be funny, but is often too boring for fiction.
Until I ask what if…? What if these two hardheaded fools took their stubborn war of words to another level? What if one of them actually went beyond the threat and dragged out a chainsaw?
The second reality seed came from a horribly sad news story. A house not far from where my aunt lived blew up in a natural gas explosion, killing the family’s young daughter in the process. The news video was heartbreaking and terrifying. In the early hours immediately following the blast, news reporters played their own game of “what if” and hinted the explosion might not have been an accident. The investigation quickly proved the theory wrong.
But what if…?
What if someone decided to commit murder by setting up a natural gas explosion, made to appear accidental?
I discovered that particular question was harder to answer. Research into the subject took my story into some different—and, I think, more interesting—areas than I’d planned.
The story threads—both the hardheads and the hedges and the murderous accidental gas explosion—bear little or no resemblance to the reality seed that spawned them. If you want to find out what they grew into after a healthy watering of “what if,” you’ll have to read Bridges Burned 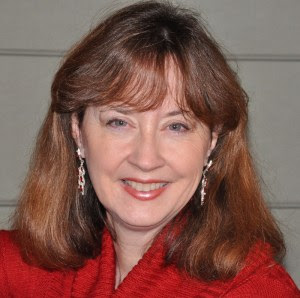 About This Author
Today best selling author Annette Dashofy is a Pennsylvania farm gal born and bred. After high school, she spent five years as an EMT for the local ambulance service. Since then, she’s worked a variety of jobs, giving her plenty of fodder for her lifelong passion for writing. She, her husband, and their two spoiled cats live on property that was once part of her grandfather’s dairy.
Author Links:
Website: www.annettedashofy.com,
Writing, etc. blog: annettedashofy.blogspot.com,
Facebook page: www.facebook.com/annette.dashofy,
Twitter: @Annette_Dashofy
Purchase Links
Amazon