I am thrilled to be on this blog tour. Delivering the Truth( A Quaker Midwife Mystery) by Edith Maxwell. Released on April 8th, 2016. 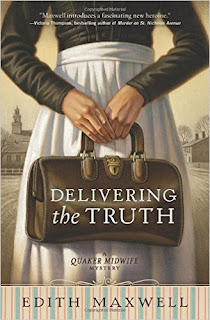 
Quaker midwife Rose Carroll hears secrets and keeps confidences as she attends births of the rich and poor alike in an 1888 Massachusetts mill town. When the town’s world-famed carriage industry is threatened by the work of an arsonist, and a carriage factory owner’s adult son is stabbed to death with Rose’s own knitting needle, she is drawn into solving the mystery. Things get dicey after the same owner’s mistress is also murdered, leaving her one-week-old baby without a mother. The Quaker poet and abolitionist John Greenleaf Whittier helps Rose by lending words of advice and support. While struggling with being less than the perfect Friend, Rose draws on her strengths as a counselor and problem solver to bring two murderers to justice before they destroy the town’s carriage industry and the people who run it.


I love books set in this era.Set in Massachuttes,with a cast of characters that bring you into the history of the town and era. The history of it is amazing and the story is so captivating you will be hooked from the start. With not one but to murders Rose is overwhelmed but knows she needs to do what she can to solve them and bring some peace to the town. I enjoyed every minute of this book and look forward to the next one.


Bumps in the Road
Thanks for having me over, Shelley!


Every writer experiences bumps in the road. We’ve all had rejections, from agents, from editors, from readers. My path to the release of Delivering the Truth hasn’t been all smooth sailing, either.

I got the initial idea for the series as I was walking to church, which for me is an historic Quaker Meetinghouse in my town of Amesbury, Massachusetts. It’s 176 years old, and John Greenleaf Whittier was on the building committee. My town is full of other historic buildings, too, and I’d read about a fire in 1888 that burned down many of the world-renowned carriage factories. A story popped into my head about a Quaker mill girl who solves the mystery of who set the fire. I didn’t experience any bumps with that short story – it almost wrote itself, and was published in a Level Best anthology: Stone Cold: Best New England Crime Stories 2014. 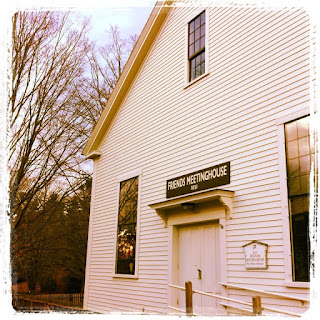 Then the setting and characters of the short story didn’t want to go away. I sent the story to my editor at Kensington and said I was interested in writing a new series. First bump: he said he didn’t think my seventeen-year-old mill girl Faith Bailey was a strong enough character to carry a series.


Okay, I could handle that. I invented Faith’s twenty-four year old aunt Rose, an unmarried midwife and also a Quaker, who can go places – women’s bed chambers – and hear secrets police officers can’t. Rose seemed like a perfect protagonist. Her sister, Faith’s mother, has died the year before, and Faith’s father invites Rose to live with the family (five children in all) and use the parlor as her office and bedroom. I wrote a proposal for a three-book series, including the first three chapters of the first book, and sent it off to my editor.


And he declined. Bump number two! I was, of course, very disappointed. I have two contemporary mystery series with him but it appeared I was going to have to diversify publishers,because I really wanted to keep living in 1888. So I wrote the first book anyway. I couldn’t NOT write it. I sat with the manuscript, polished it, had it independently edited, and got a rave review from Kathy Lynn Emerson, a multi-published historical mystery author.


Fingers crossed and heart thumping, I sent the book and a revised proposal to my agent. He circulated the proposal and included the fact that the first book was already written. It wasn’t long before we got an offer. No bump there at all. Since the offer was from Midnight Ink, an awesome mid-sized press in Minnesota, who has a great team and offered an advance, I happily accepted. Then all I had to do was wait a year and a half for this week to finally roll around. The book has had largely glowing reviews so far, and if I come across something negative – well, you can’t please everybody. And I’ve already turned in book two, Called to Justice, which will be out a year from now. May all roads have so few bumps!


Readers: What bumps in the path have you encountered? How do you scale them and keep going?


Book blurb: For Quaker midwife Rose Carroll, life in Amesbury, Massachusetts, provides equal measures of joy and tribulation. She attends to the needs of mothers and newborns even as she mourns the recent death of her sister. Likewise, Rose enjoys the giddy feelings that come from being courted by a handsome doctor, but a suspicious fire and two murders leave her fearing for the well-being of her loved ones.

Driven by her desire for safety and justice, Rose Carroll begins asking questions related to the crimes. Consulting with her friends and neighbors―including the famous Quaker poet John Greenleaf Whittier―Rose draws on her strengths as a counselor and problem solver in trying to bring the perpetrators to light. 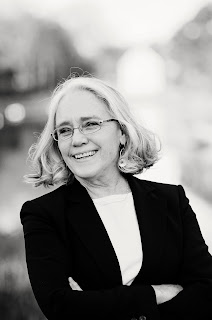 Bio: Edith Maxwell writes the Quaker Midwife Mysteries and the Local Foods Mysteries, the Country Store Mysteries (as Maddie Day), and the Lauren Rousseau Mysteries (as Tace Baker), as well as award-winning short crime fiction. Her short story, “A Questionable Death,” is nominated for a 2016 Agatha Award for Best Short Story. The tale features the 1888 setting and characters from her Quaker Midwife Mysteries series, which debuts with Delivering the Truth on April 8.

Maxwell is Vice-President of Sisters in Crime New England and Clerk of Amesbury Friends Meeting. She lives north of Boston with her beau and three cats, and blogs with the other Wicked Cozy Authors. You can find her on Facebook, twitter, Pinterest, and at her web site, edithmaxwell.com.