Blog Tour and giveaway- Time Out by Suzanne Trauth

Happy Saturday! I am thrilled to be part of this blog tour. Time Out by Suzanne Trauth was released on January 17th. It is the second one in the Dodie O'Dell Mystery series. 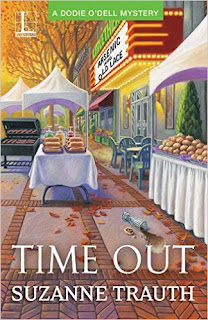 The amateur actors at the Etonville Little Theatre may be known for chewing the scenery, but restaurant manager Dodie O’Dell has something more appetizing for them to sink their teeth into. She’s been taking bows in her small New Jersey town for her theme menus, designed to complement the local productions. This fall, the community theatre is staging Arsenic and Old Lace, set in 1940s Brooklyn, so Dodie is serving up hot dogs, Italian ices, egg creams, and knishes at the weekend food festival.

All is going well until Antonio Digenza, the ex-Off-Off-Broadway director of the show, dies dramatically while noshing on a knish. As rumors of food poisoning quickly spread, Dodie scrambles to rescue the Windjammer restaurant’s reputation. But when clues point to foul play, she’s faced with a cast of suspects all auditioning for the part of DiGenza’s murderer. She’ll need to act fast to shine a spotlight on the killer—before it’s curtains for another victim . . .


This is the first book I have read in the series and I am going to go back and read the first one. With a fun and quirky cast of characters and a story that keep you drawn in you will enjoy this read. The author brings you into the town with detailed and vivid pictures, you will feel like you are walking the streets in this town and visiting. 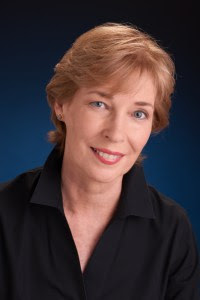 Suzanne Trauth is a novelist, playwright, screenwriter, and a former university theatre professor. She is a member of Mystery Writers of America, Sisters in Crime, and the Dramatists Guild. When she is not writing, Suzanne coaches actors and serves as a celebrant performing wedding ceremonies. She lives in Woodland Park, New Jersey.