Happy Friday! I am thrilled to be on Susan Russo Anderson's blog tour for her newest book Death and Disappearances (A Fina Fitzgibbons Brooklyn Mystery) This is book 5 in the series. Released on May 30th. 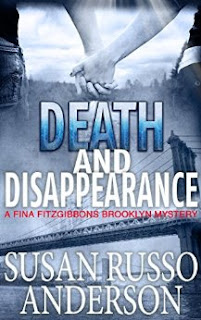 About the book:
While Denny battles demons of his own and Cookie and Clancy disappear, a pregnant Fina Fitzgibbons investigates the death of her friend’s husband and in doing so lands in the middle of a group of art and drug traffickers.

This is one of those series that once you start to read it you don't want to stop. Fina Fitzgibbons is unstoppable and determined and pregnant. So when a murder takes place of a friend she does what she has to do to find the killer before she goes into labor.A Compelling novel with a cast of characters that make this fast-paced drama filled story take off and keep you interested from the beginning. 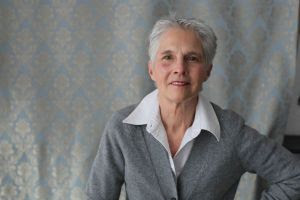 Susan Russo Anderson is a writer, a mother, a member of Sisters in Crime, a graduate of Marquette University, and a life member of The Art Students League of New York. She has taught language arts and creative writing, worked for a publisher, an airline, an opera company. Like Faulkner’s Dilsey, she’s seen the best and the worst, the first and the last. Through it all, and to understand it somewhat, she writes.

TOO QUIET IN BROOKLYN, the first in the Fina Fitzgibbons Brooklyn mystery series published December 2013. The second book in the series,MISSING BRANDY, published September 2014, and WHISKEY’S GONE published in January 2015 and completes a trilogy. The fourth book in Fina’s series, THE BROOKLYN DROP, published August 2015.

DEATH OF A SERPENT, the first in the Serafina Florio series, published January 2012. It began as a painting of the Lower East Side, the landmark immigrant neighborhood in Manhattan, and wound up as a mystery story set in nineteenth-century Sicily. NO MORE BROTHERS, a novella, published May 2012, the second in the series. The third book, DEATH IN BAGHERIA, published in December, followed by MURDER ON THE RUE CASSETTE in January 2014.