Blog Tour- Murder at the Mansion by Janet Finsilver

Happy Friday! I am delighted to be part of this blog tour. Murder at the Mansion by Janet Finsilver was released on June 7th. It was a fun read. 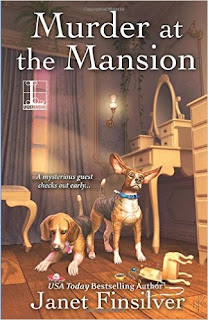 It’s whale-watching season in Redwood Cove, and B&B manager Kelly Jackson’s battening down the hatches for the tourist rush at Redwood Heights—a Victorian-style estate owned by her boss. And due to recent jewelry thefts, her duties include keeping track of the many dust-covered artifacts spread throughout the property. But when Kelly finds Sylvia Porter’s lifeless body, menial tasks don’t seem so terrible. Enlisting the help of a ragtag group of brainy retirees, aka the “Silver Sentinels,” Kelly’s on the hunt for clues hidden behind the mansion’s glamorous façade. . .and for a killer who may want to make history of her next!


This is the second book in the series and it keeps getting better. The author paints a picture so well done you get pulled in from the first page. The cast of characters have grown and the story is a fun read. You will be hooked on this series. 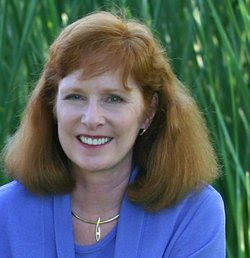 Janet Finsilver is the USA TODAY best-selling author of the Kelly Jackson mystery series. She worked in education for many years as a teacher, a program administrator, and a workshop presenter. Janet majored in English and earned a Master’s Degree in Education. She loves animals and has two dogs–Kylie and Ellie. Janet has ridden western style since she was a child and was a member of the National Ski Patrol. One of the highlights of her life was touching whales in the San Ignacio Lagoon. MURDER AT REDWOOD COVE, her debut mystery, was released on October 13, 2015. Her second book, MURDER AT THE MANSION, was released on June 7, 2016.