I am excited for this blog tour. Deadly Wedding is book two in the Deadly series by Kate Parker. Released on September 11,2016. If you would like to win a copy of this book, leave your email and a comment about the era that you love ,to be entered. 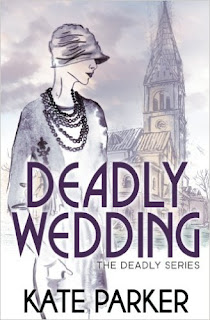 Why murder a dying man?

Olivia Denis is hesitant to help an old family friend get ready for her wedding outside London. The so-called friend is a master at using people. As a young widow trying to find her way through a new romantic relationship, Olivia would rather avoid the large party.

She definitely didn’t plan to find the bride’s grandfather stabbed to death. The cruel, enormously rich aristocrat had changed his will only the day before, angering all his children.

As Olivia is forced to investigate the murder, she’s called away by her employer, the owner of an influential London daily newspaper. She must carry out another secret assignment, one that will take her to Vienna, now part of Nazi Germany.

With war on the horizon and attacks on the old man’s family increasing, can Olivia find a way to save lives in two countries?


Kate Parker whisks us back to the 1930's with Deadly Wedding book two in the series. Olivia and her friends are getting ready for a wedding but what she didn't plan for was a murder to solve. With an assignment that sends her away, her plate is full as she tried to figure it all out. You will be captivated by this beautifully written story and the characters come to life right from the start. I really enjoyed this book and looking forward to what will happen next time. 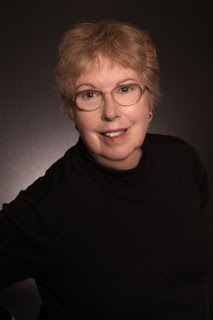 Kate Parker has wanted to travel to 1930s England since she read her mother’s Agatha Christie and Dorothy Sayers mysteries when she was a schoolgirl. After many years of studying science, she decided a time travel machine was out of the question so she found herself limited to reading about the period and visiting historic sites. Her love of this fascinating and challenging period led her to the research from which the Deadly series grew. Eventually, she found it necessary to spend several days in the British Library reading old newspapers, which meant another trip to England. Near Christmas. A sacrifice she’d gladly make every year.

The first story in the series is Deadly Scandal, released January 14, 2016.