Happy Friday! I am thrilled to be part of this blog tour.  Annette Dashofy's newest book in the Zoe Chamber's Mystery Series is releasing on March 14th. No Way Home is the best one yet. Great story that keeps you on the edge. Get your copy today for a thrilling adventure. 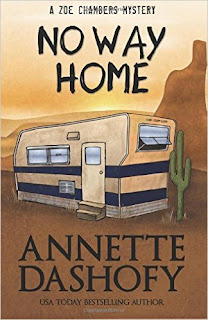 A relaxing trail ride turns tragic when Paramedic and Deputy Coroner Zoe Chambers discovers the body of a popular county commissioner in her Pennsylvania woods. Inconsistencies surround the horrible accident, but before she can investigate further, she’s pried away by a plea for help from her best friend whose son has been deemed a person of interest in a homicide over a thousand miles away. When he vanishes without a trace, his mother begs Zoe to help clear him and bring him safely home. The task takes Zoe out of her comfort zone in a frantic trip to the desolate canyons and bluffs of New Mexico where she joins forces with the missing boy’s sister and a mysterious young Navajo.
Back at home, Vance Township’s Chief of Police Pete Adams must deal not only with the commissioner’s homicide, but with an influx of meth and a subsequent rash of drug overdoses in his rural community. Bodies keep turning up while suspects keep disappearing. However little else matters when he learns that half a continent away, a brutal killer has Zoe in his sights. 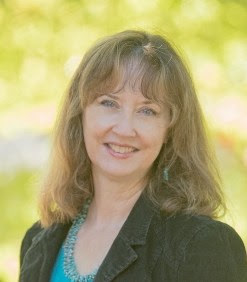 Annette Dashofy is the USA Today best-selling author of the Zoe Chambers mystery series about a paramedic and deputy coroner in rural Pennsylvania’s tight-knit Vance Township. CIRCLE OF INFLUENCE, published by Henery Press, was a finalist for the Agatha Award for Best First Novel and for the David Award for Best Mystery of 2014. LOST LEGACY, was released in September 2014 followed in April 2015 by BRIDGES BURNED, which has been nominated for the Agatha for Best Contemporary Novel. WITH A VENGEANCE, the fourth in the series, was released May 3, 2016.