Happy Tuesday! It is released day for Maddie Day - When the Grits Hit the Fan is book three in the Country Store Mystery series.

This is the third book in the series and being a fan from book one I was pulled right in, like visiting an old friend. This series keeps getting better and for me this was the best one yet. I hope you will add this to your reading list. You won't want to miss it. I'm looking forward to seeing what Robbie and her friends will get into next time. 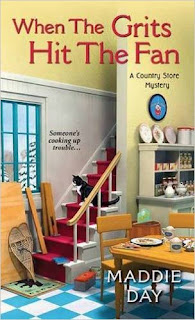 
Despite the bitter winter in South Lick, Indiana, business is still hot at Robbie Jordan’s restaurant. But when another murder rattles the small town, can Robbie defrost the motives of a cold-blooded killer?

Before she started hosting dinners for Indiana University’s Sociology Department at Pans ‘N Pancakes, Robbie never imagined scholarly meetings could be so hostile. It’s all due to Professor Charles Stilton, who seems to thrive on heated exchanges with his peers and underlings, and tensions flare one night after he disrespects Robbie’s friend, graduate student Lou. So when Robbie and Lou go snowshoeing the next morning and find the contentious academic frozen under ice, police suspect Lou might have killed him after their public tiff. To prove her friend’s innocence, Robbie is absorbing local gossip about Professor Stilton’s past and developing her own thesis on the homicide—even if that means stirring up terrible danger for herself along the way . . . 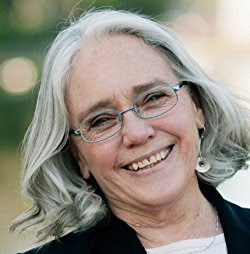 Maddie Day is a talented amateur chef and holds a PhD in linguistics from Indiana University. An Agatha Award-nominated author, she is a member of Sisters in Crime and Mystery Writers of America and also writes award-winning short crime fiction. She lives with her beau and three cats in Massachusetts.

You can find all Maddie's/Edith's identities at www.edithmaxwell.com. She blogs every week day with the other Wicked Cozy Authors at wickedcozyauthors.com. Look for her as Edith M. Maxwell and Maddie Day on Facebook and @edithmaxwell and @maddiedayauthor on Twitter.