I'm excited to have Katherine Hall Page here today with her new book The Body in the Birches.  Enter the Giveaway for a chance to win.

The Body in the Birches
by Katherine Hall Page 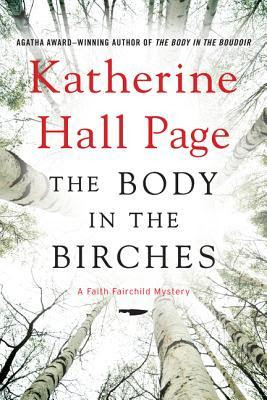 The Body in the Birches: A Faith Fairchild Mystery

At home on Sanpere Island, Maine, caterer and amateur sleuth Faith Fairchild discovers that real estate can be murder, especially when it’s all in the family, in this twenty-third book in the popular mystery series.
The Fourth of July is one of the hottest on record and even the breeze off Penobscot Bay can’t seem to cool things down for Faith Fairchild and the rest of the folks on Sanpere Island. But the fireworks are just beginning. After the celebrations are over, Faith discovers a body in the woods near The Birches, an early twentieth-century “cottage.”
The body is identified as The Birches’ housekeeper, who seems to have succumbed to a heart attack. The death is only one of the dramatic events upending the historic house. A family gathering has been called to decide who will inherit the much loved, and very valuable, estate that has been in the Proctor family for generations. With this much money involved, it’s just a matter of time before trouble arises.
Faith is juggling her own family problems. Her teenage son, Ben, has started a new job as a dishwasher at The Laughing Gull Lodge—learning things that could land him in very hot water. And her daughter Amy is worried about her new friend, Daisy Proctor. Daisy is terrified—convinced that someone is trying to eliminate her mother from getting a share of The Birches. To protect her children, Faith has to find a possible murderer—before he strikes too close to her own home.

With the remodeling of their how Faith and her family are staying at the cottage for the holiday. When the murder of their housekeeper take place it sends this story into a whirl wind of action. Faith needs to find out who the killer is before it's to late. I really enjoyed this one although it is my first by the author, I thought the characters were strong and well developed from the start, The author keeps your attention from the first page and leaves you wanting more at the end. You will not be disappointed with this read. 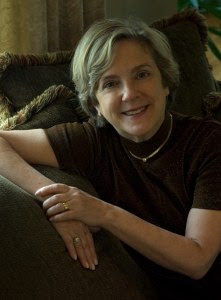 About This Author
Katherine Hall Page is the author of twenty-two previous Faith Fairchild mysteries, the first of which received the Agatha Award for best first mystery. The Body in the Snowdrift was honored with the Agatha Award for best novel of 2006. Page also won an Agatha for her short story “The Would-Be Widower.” In addition, she has been nominated for the Edgar Award, the Mary Higgins Clark Award, and the Macavity Award. She lives in Massachusetts and Maine with her husband.